Boluda Towage Europe tugboat the UNION KOALA has received the official certificate of compliance with International Maritime Organization (IMO) Tier III standards, returning to service in a ceremony held in the port of Zeebrugge in Belgium.

The company embarked on this project in conjunction with supplier Anglo Belgian Corporation, with the aim of reducing CO2 emissions and meeting local port authorities’ demand for cleaner operations in the port area.

Anglo Belgian Corporation after sales department manager Gert Van Den Steene stressed that “the project posed a great challenge, requiring us to configure and install a complete SCR system aboard an existing tugboat with a complex engine room, while the tugboat was still operational.”

The decision to select the UNION KOALA was based on the space available in the tug’s engine room to install the SCR system. It is also still operating in the Zeebrugge port area, and port authorities place great importance on sustainability and support reducing the environmental footprint of ships.

As Boluda Towage Europe CEO Geert Vandecappelle explains, “as a long-term partner of the port of Zeebrugge, through this project Boluda Towage Europe has committed to safeguard the environmental goals of the port authority. I am proud that in a joint effort our technical department, Anglo Belgian Corporation and Flanders Ship Repair have steered this challenging project to a successful outcome.” 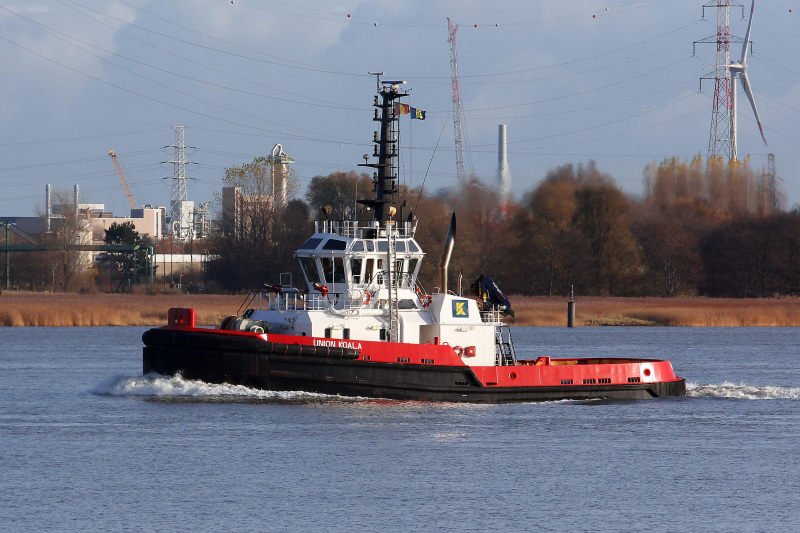