Boluda Corporación Marítima shipping company Boluda Lines is once again attending Fruit Attraction, exhibiting with its own stand to cater to customer demand and promote expansion into new markets, in line with a commitment to internationalization in service and specialization in maritime transport of fruit and vegetables. The company operates shipping routes in thirteen countries, linking the Iberian Peninsula with the Canary and Balearic Islands, northern Europe, the west coast of Africa, Cape Verde, and also provides services on the Paraná-Paraguay Waterway Line in Latin America.

Thanks to its commitment to new technology the Boluda shipping company is highly specialized in the perishable and reefer produce logistics chain. Boluda Lines has risen to the challenge to become one of the leading sector specialists in produce shipping, with significant growth in recent years in national and international import and export of reefer goods.

The International Trade Fair for the Fruit and Vegetable Industry will celebrate its 11th anniversary this year in Ifema in Madrid from 22 to 24 October, from 9:30 a.m. to 7:00 p.m., where Boluda Lines will be exhibiting at stand 10 C-14 in Pavilion 10. This year the fair includes 1,800 exhibiting companies from 130 countries and 90,000 visitors are expected to attend.

Innovations in the shipping line

Among noteworthy innovations, at Fruit Attraction this year Boluda Lines will showcase a new direct line between the Canary Islands and Vilagarcía port and a new connection between the Canaries and the port of Leixoes in Portugal. Since February the exclusive line with Cape Verde has been expanded to connect Las Palmas de Gran Canaria with the Cape Verdean ports of Sal, Boavista, Mindelo and Praia, via Dakar (Senegal) and Bissau (Guinea Bissau) on alternate weeks. The company has also added a new vessel, thanks to good results shipping a wide selection of Spanish fruit and vegetables including Canarian plantain for both local consumption and large hotel chains, since the line with the Republic of Cape Verde islands was opened in October 2017.

Responding to a sector demand for higher quality, securer perishable goods transport, during recent years the shipping line has invested heavily in refrigerated containers (reefers), enabling the maritime corporation to simplify and improve the entire logistics chain required for this type of cargo. 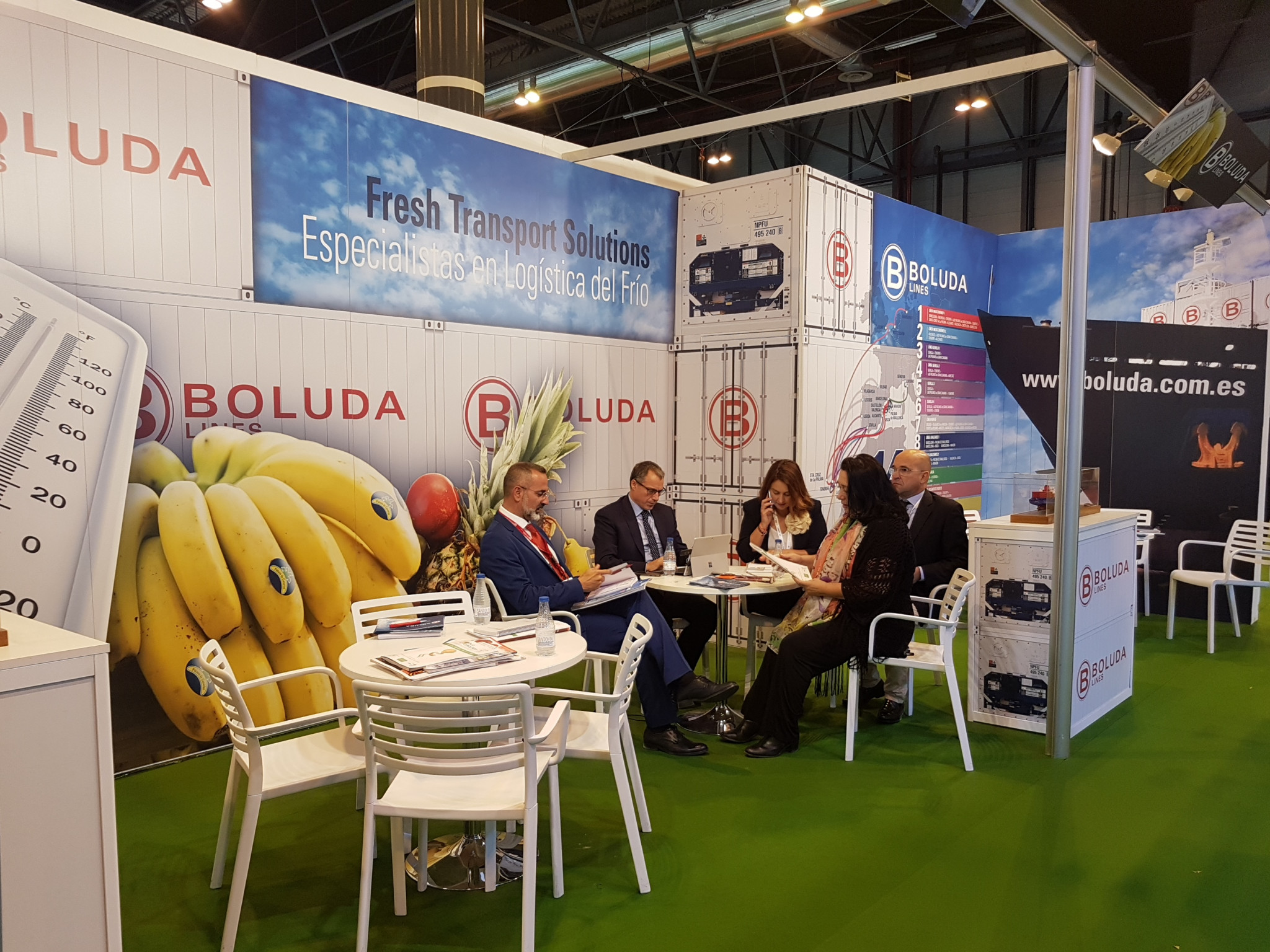 Boluda Lines stand at Fruit Attraction in the 2018 edition.