González receives a second tribute in his hometown, after the eulogy given by the Boluda Corporación Marítima chairman in June

The Association of Service Companies in the Bay of Algeciras (Aesba) Christmas dinner organised an emotional tribute to Juan González, who headed the Boluda Towage and Salvage division from 2006 to 2016, managing tugboat activity in Spain, France and Africa.

This marks the second tribute held this year in Juan González’s hometown of Algeciras. Last June Boluda Corporación Marítima chairman Vicente Boluda commended him during the official launch of two new smart tugs operating in the Bay of Algeciras since 2017 and 2018, the VB JUANGONZALEZ named in memory of the eponymous Merchant Marine captain, and the VB CEBALLOS. Algeciras was chosen for the ceremony as this Cadiz port possesses Spain’s best tugboat and marine salvage fleet, currently comprising 11 units. During the ceremony he presented plaques to Juan González’s children Elena and Ricardo González on behalf of Boluda Corporación Marítima, in recognition of his commitment and dedication to the company.

After the Aesba dinner, the current chairman of the Boluda Towage and Salvage division, Joaquín Lozano, accepted the plaque posthumously on behalf of the Gonzalez’s family. The award acknowledged this sector professional for his longstanding dedication to the port sector, closely tied to activity in the Bahía de Algeciras port.

In addition to raising more than 11,500 euros for the association Por una sonrisa (Raising a smile) and the Algeciras Symphony Orchestra, the traditional dinner in support of local associations and social organisations also served as a reminder not only of the current complete lack of rail infrastructure serving a port of Algeciras’ stature, but also the rightful need for a high-performance railway system.

President of Aesba Manuel Piedra made reference to the major role played by the port of Algeciras, the one of the biggest in Spain and also in the Mediterranean, but also among the busiest for more than twenty years. All this had been achieved “despite the lack of rail infrastructure,” he explained.

During the evening tribute was also paid to the president of the Port Authority of the Bay of Algeciras, Manuel Morón, for his longstanding professional career, his approachability and and his tireless lobbying for a railway service. Morón is due to stand down after more than twenty years at the head of this important port in Spain. 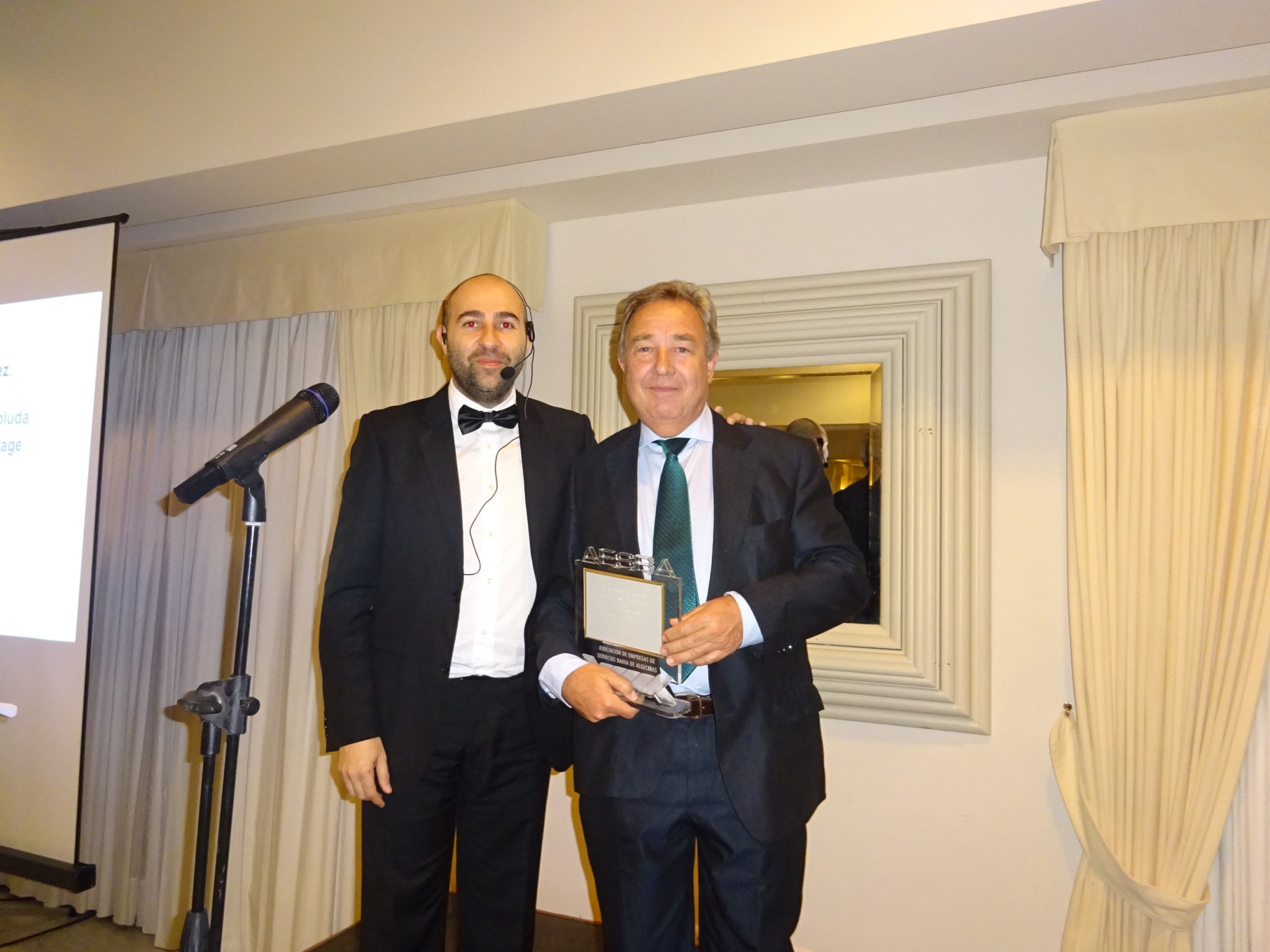