The award distinguishes the most renowned professionals of the year in the maritime area.

Madrid- Vicente Boluda, President of Boluda Corporación Marítima, has received the Carus Excellence Award during the closing lunch o the general assembly of The Association of Spanish Shipowners ( ANAVE), of which Carus is an associate collaborator member.

The Carus Excellence is an award given annually to the most renowned professional for his excellence and dedication to the maritime area and in this occasion, the council of Carus Spain decided by unanimity to give it to the valencian shipowner.

The ceremony of awarding of the Carus Excellence 2015 was celebrated in the Hotel Ritz of Madrid and made and appointment of the maximum representatives of the maritime area. 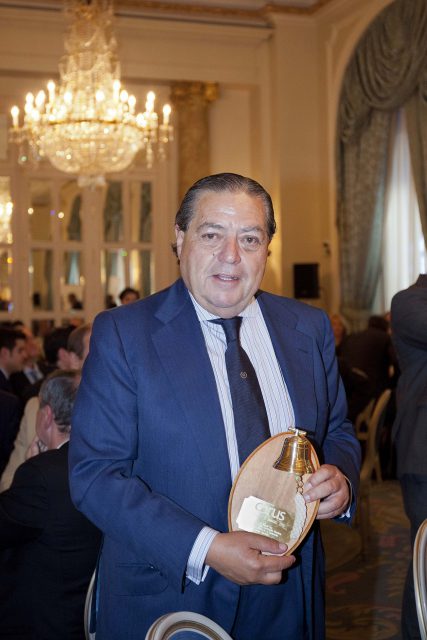