They presented the improvement in their lines and services in the Hydroway Paraguay-Parana.

Sao Paulo – Boluda Fos Corporación and Naviera del Mercosur, presented in the Intermodal South America fair the improvement of their lines in the Hydroway Paraguay-Parana with their 4 boats, where they offer a capacity of charge of 600 teus.

The Hydroway Paraguay-Parana is one of the river routes more important of the world and fundamental for the traffic of merchandises in the south cone, and the offert presented by Boluda Fos Corporación and Naviera del Mercosur got a  great interest by part of all the sections of the logistic market, as they have suggested a unic proposition in this important way, that have been seen reflected in the great number of visitors that registered their stand.

The incorporation to its fleet of the Boat Asuncion B resulted a significant reinforcement in its offer of charge, as the technical characteristics of the boat allow him to navigate dispite the low tides.

The route connects the ports of Montevideo (Uruguay), Buenos Aires (Argentina) and Asunción (Paraguay), as well as the intermediate ports of  Rosario and Zárate, with a weekly frequence

Boluda Fos Corporación and Naviera del Mercosur strengthen their capacities of business with an increase in their offer of products and services in the Fair that have promoted the developpement of new deals in the hydroway.

The contest took place in the Transamerica Expo Center of Sao Paulo and during this edition it has been received the visit of more tan 50 000 professionals of all the world. 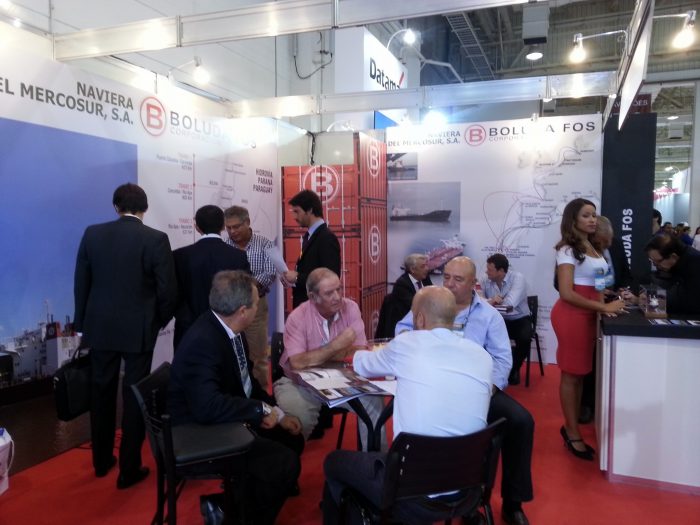