The port of Las Palmas will be the logistic warehouse of 50 000 tons of grains.

The terminal La Luz, division in charge of the administration of the maritime terminals of Boluda Corporación Marítima, collaborates with The World program of Foods (WFP), organism depending of the United Nations, who has designate the Port of Las Palmas as stationary base, that will store 50.000 tons of grain for its urgent sending regarding any kind of disaster in Africa.

Several organizations like UNICEF, USAID, MEDIA LUNA y WPF, will unload grain in different ways (bulk, bags, containers) to be delivered in the African continent in order of the punctually needs and the humanitarian emergencies. These actions are protected by the convention signed between the Government of Spain and WFP (World Food Program).

Till this moment we have work with two boats. One in bulk and a second one with 4.900 tons, in bags of 50 kg inside containers. It’s a total of 206 containers unloaded and delivered in the logistic warehouses of WFP in Las Palmas.

This operation will have continuity in the future as with bulk boats as with containers. 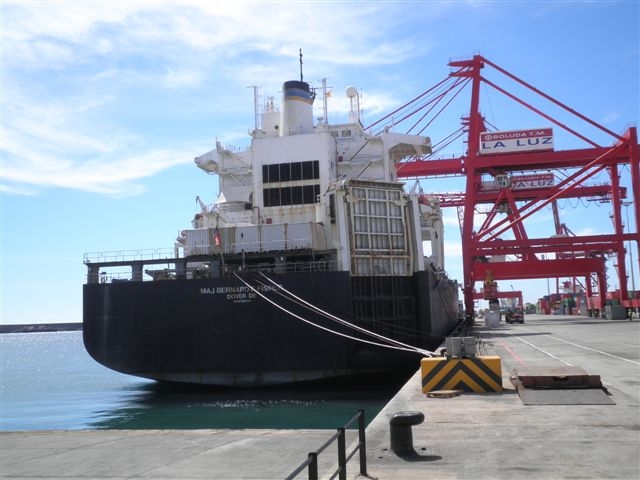