The shipping line will cover the Las Palmas-Dakar shipping route transporting four ambulances and three lorries on one of their container ships.

Transportation by sea has now become a more secure alternative to land transport for NGOs wishing to transport humanitarian goods to Africa.

Yesterday, the Museo Marítimo de Barcelona hosted the launch of the second humanitarian aid convoy bound for Africa organized by Red Logística Humanitaria(RLH), a Non Governmental Organisation, and in which Boluda Lines will collaborate. The shipping division from Boluda Corporación Marítima will be transporting four ambulances and three lorries as well as medical and educational supplies, in one of their container ships on the Las Palmas-Dakar shipping route. The shipping route is currently a more secure alternative to the habitual land transportation in the north of Africa which, for safety reasons, is considered to be inadvisable by overseas volunteers.

This is the second time RLH has launched a humanitarian aid convoy bound for Africa. On this occasion, the transported goods are bound for Senegal, Guinea Bissau, Mali and Burkina Faso, where various NGO’s have established their bases. From Barcelona port, the convoy will be making its way to Las Palmas, Grand Canary, in a vessel chartered by Acciona Transmediterránea, where the goods will then be transferred in Puerto de la Luz onto a Boluda Lines container ship bound for Dakar.

Boluda Lines has collaborated on previous occasions with humanitarian organizations such as the Red Cross, offering the company’s containers and ships for the transportation of humanitarian aids to the African continent. 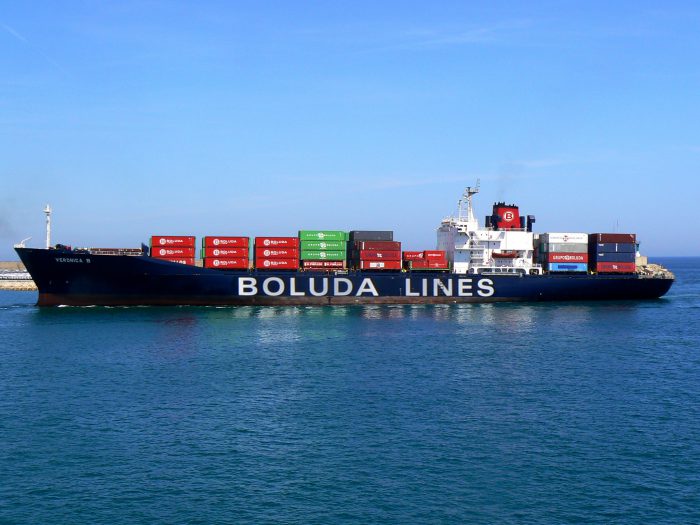