Brussels, 12th September 2022. During the four days, both the Executive Committee and the Annual General Meeting delegates discussed the current situation of the towage sector and the Association´s working programme for the next 12 months. They also reviewed the work carried out by the Secretariat during the last year and gave the green light for the preparations of the 60th ETA Annual Meeting, which will bring the Association back to London, where it was founded in 1963. The delegates welcomed as well three new associate members, Njord Marine Management, Helm Operations Ltd and Finanzauto SAU. With the incorporation of these members ETA reaches the number of 84 full members and 42 associate ones. During the four days event, ETA members could reinforce their business and personal relationships and enjoy an agenda which was carefully designed to combine networking and social activities with debates and presentations on the current affairs of the industry.

ETA Chairman, Vicente Boluda said “it has been an honour to chair the 59th Annual Meeting of the European Tugowners Association, which we celebrated last week in Tenerife. I would like to thank the 140 attendants, representing more than 50 companies in the sector, among which, Europe´s most important shipwoners. During the discussions we had during the event, the ETA members have shown their attention and concern to different issues like the regulation of the industry´s emissions and the new fuels, technologies and solutions that are under development and which will help the sector  reach its common objectives. We will keep on working to maintain the current high operative capacities and the safety standards that the maritime industry requires, with the permanent goal of a greener and more sustainable future for the sector”

This year´s ETA Conference Trends impacting Towage Operations focused on the current trends within the maritime market that are having an impact on the day-to-day operations of the towage sector. Thus, Olaf Merk (International Transport Forum) outlined the issues caused by market concentration in the liner shipping sector, such as price hikes and shipment delays which are creating a logistics crisis in terminals. Furthermore, Willem-Jan Hamers (Redwise Maritime Services) and Steve Dougal (Century Marine Services) analysed the different trends impacting the sector´s operations (emissions, digitization, automation, skills, etc.) and the best ways the industry can adopt in order to maintain its competitiveness and the highest safety standards.

The ETA Secretariat wants to warmly thank the host company, Boluda Towage, for its enthusiastic assistance without which this 59th Annual Meeting would not be possible to organize. We also want to extend our warmest gratitude to the sponsors for their generous contribution.

ETA’s work during the next year will focus on improving the services given to its members and on the implementation of its strategic vision, including representing the industry´s interest before the EU and national institutions, raising awareness of the towage sector, the relevance of the industry at different levels and the issues affecting its competitiveness within the European and international context.

ETA, is the only association that represents the Tug sector at a European level, and is composed of 84 full members in 25 countries, who own or operate a combined fleet of over 900 tugs in European ports. Its membership ranges from major towage companies operating more than 100 tugs worldwide to family businesses and port authorities with very small-to-medium-size tug fleets. 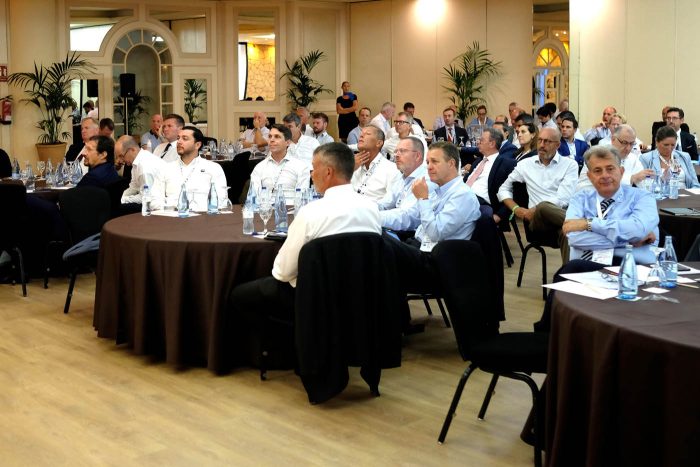