Aportem extends its humanitarian initiatives as a response to Covid-19

The Aportem-Puerto Solidario Valencia annunal general meeting (AGM) held last week agreed to increase its Corporate Social Responsibility (CSR) activity and maintain its solidarity initiatives during the economic crisis generated by Covid-19, given that the coming months are expected to be especially tough.

In this meeting, which approved the 2019 financial statement, Aportem showed its support for efforts made during the state of alert by all members of this association, of which Boluda Corporación Marítima is a founding member, comprised of companies and individuals from the Valencian port sector.

The association calculates that almost 300 families from neighbourhoods in the Maritime District of Valencia have been helped, facilitating access to food and hygiene products during the crisis.

The AGM reviewed the intense charity work carried out in the Valencia port district and predicted that from September onwards would they see increased requests for help, and consequently extra effort would be needed.

The 2019 financial statement reports incomings of 38,000 euros, whose collaboration and action value is multiplied: “transformation expenses” are avoided since all contributions pass directly to the end recipients, thanks to the fact that the Aportem partners donate their time and resources.

This income is primarily from Propeller Valencia through their yearly charity gala, membership fees and donations from individuals, companies and institutions in the sector. Other fundraising sources include events such as the Pas Ras fun run and the Paellas Contest.

Among important new initiatives supporting various institutions in the Valencia port vicinity are provision of material and sportswear for Atlético Nazaret children’s football club. A nine-seater bus with drivers has also been approved for use by the non-profit El Arca Nazaret for a month, so that children attended by this association will not go without summer school.

In addition, lottery number 44,153 has been allocated to the port sector and Aportem’s partners for the Christmas lottery. La Brujita Generosa, located at number 173, Avenida del Puerto, has reserved this number and will donate a percentage of all sales to Aportem without surcharge for companies and individuals who buy the tickets.

Finally, in a change of titular representative, Javier Andreu was approved by the Board of Directors of Boluda Corporación Marítima as the new Communication and Institutional Relations manager of the holding company, taking over from the recently retired Amparo Valero. 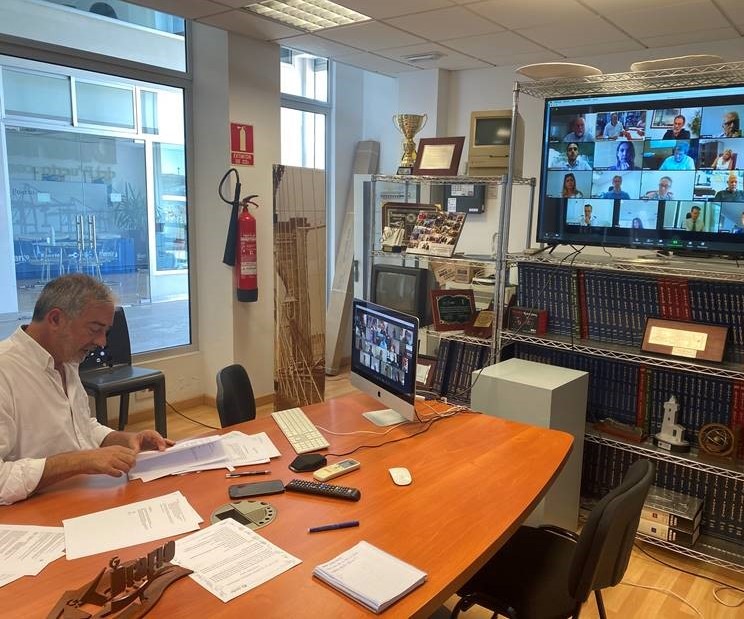