Dakar – Inside its programme of Social Corporative Responsability, Boluda Corporación Marítima has financed part of the campaign of cataracts interventions preview for 2015 the NGO Gesta-Africa will do in Senegal.

Gesta-África is a spanish NGO that has realised for 10 years projects of health and cooperation to the ophthalmologic developpement. Its programmes includes from revisions and ophthalmologic treatments in the schools to surgery interventions, mainly cataracts. The present campaign took place in Kebemer, location situated a 150 km north to Dakar, where more tan 144 cases of cataracts have been operated. The cataract affection in the countryside is really serious as the population doesn’t have the ways to avoid it, due to the lack of Vitamine A in its diet and shortage of protective glasses. This campaign includes also the ocular revision to 1115 children of the area with the need of 990 corrective glasses, that will be send from Spain for free.

The collaboracion has been received, in name of Gesta-Africa, by Mr Mamadou Ndiaye, who explained with details the work done by the mobil surgery unit to fight the first cause of inevitable blindness. 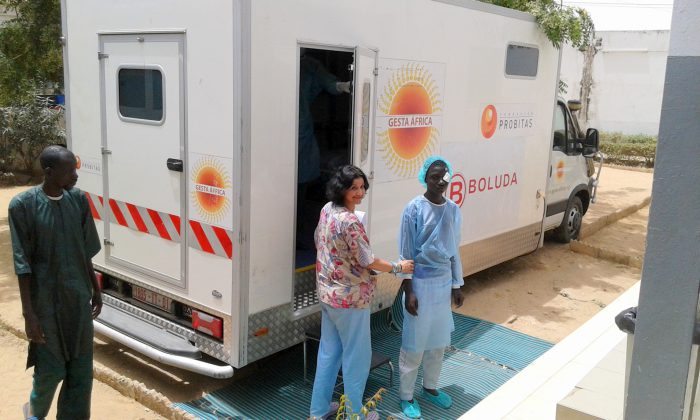