Boluda Lines in the B2MoS (Business to Motorways of the Sea)

The objetive of the Project is to impulse the capacity of the short distance maritime transport.

Boluda Lines, shipping division of Boluda Corporación Marítima, participated last Tuesday 12th of November in the round tables that, with the purpose of the meeting of launching of the project B2MoS, has been celebrated in the foundation Valencia Port and the Port Authority of Valencia. The session has been inaugurated by Juan Antonio Delgado, manager of Strategic Planning and Transformation of The Port Authority of Valencia.

The objective of the Project B2MoS is to impulse the capacity of the short distance maritime transport to compete in the corridors door to door and ease the development of the sea motorways inside the RTE-T that connect Europe, closing the gaps between the corridors of the RTE-T and revitalizing the periphery regions. During the event, the objectives of the project have been explained and the activities accomplished since July 2013 till December 2015

Professionals of important companies public as well as private of the six countries participating (Spain, Italy, Slovenia, Greece, Germany, UK) get on stage to clarify the objectives of the project and encourage an open debate between the assistants at the conference. Between the main orators, there was Luis Valente de Oliveira, European coordinator of the Sea Motorways.

As well as the presentations of the activities of the project, round tables have been organized about the two central question of the project. The “Electronic Sea Waybill” and the“E-Manifest” and the expansion of the T2L electronic.

Beside Boluda Lines, important members of the European Transport Area, as representatives of the EPCSA (European Port Community Systems Association), the Italian Ministry of Transport and Infrastructure, Rina Services, Port Authority of Valencia, Belastingdienst Customs, DBH and Hapag Lloyd between them, have participated in those round tables that open the debates to public in general.

The Project is co-sponsored by the programme of the Transeuropean network of Transport and contributes in the creation of an European maritime space without barriers, making easy and simplifying the compliance of the norme and promotion of sustainable solutions of intermodal transport that strength the European strategy of Sea Motorways (AdM). It also pretends to make the most of the port existing installations and the capacity of the maritime transport of short distance.

The action B2MoS is a innovative study composed of pilot actions, mainly destined to the preparation and adaptation of the business community and systems of port authorities to the exigencies of the Directive 2010/65/UE , giving interoperable electronic  documents and messages (i.e”Electronic Sea Waybill”) with the purpose to increase the efficiency of the supply chain door to door, ease the intra community trade and increase the European Territory connection.

This project is the following of the MOS4MOs action, increase the work started during MOS4MOS and go further the Mediterranean sea exploring the inter actions with the ports of mediator neighbors  country for a easy access to the AdM. 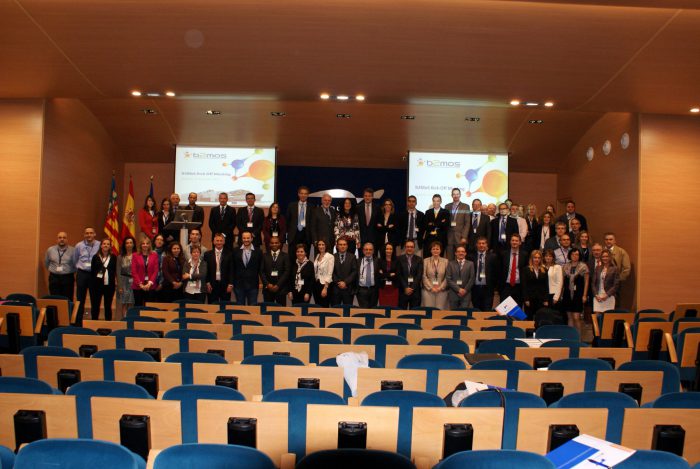