Boluda Lines has closed with great succes its presence in the Atlantic Fair of Logistic and Transport (in spanish :Salón Atlántico de Logística y Transporte) Salt 2013

Boluda Lines, the shipping division of Boluda Corporación Marítima was present, once year more, in the Atlantic Fair of Logistic and Transport (Salon Atlantico de logistica y Transport) –SALT 2013, with its own stand that has been the place of important meetings with national and foreigners clients and where it has the satisfaction to receive the highest representatives of the Government of the Canary Islands and the Kingdom of Morocco, guest country of the event.

The main novelties presented by Boluda Lines in this edition are its new regular maritime connection with Cape Verde, as well as the lines that keep going on with the occidental coast of Africa.

The line with the port of Agadir stands out as a direct connection is maintained since the year 2000 that converts Boluda Lines in the only shipping company who keeps a regular line of charge of containers and project twice a month from the Canary Islands.

This link with Morocco has ease enormously the commercial exchange regarding the import-export, with a special mention to the exportation of perishables products of Moroccan origin, as Boluda Lines offers more than 1500 frozen high cube containers of last generation.

Boluda Corporación Marítima, in its great wager for the Canary Islands, has in Las Palmas its port Hub, the containers terminal La luz, logistic storehouses of more than 2000 m2, gives services of port tug and offshore and supply and transport of hydrocarbon. 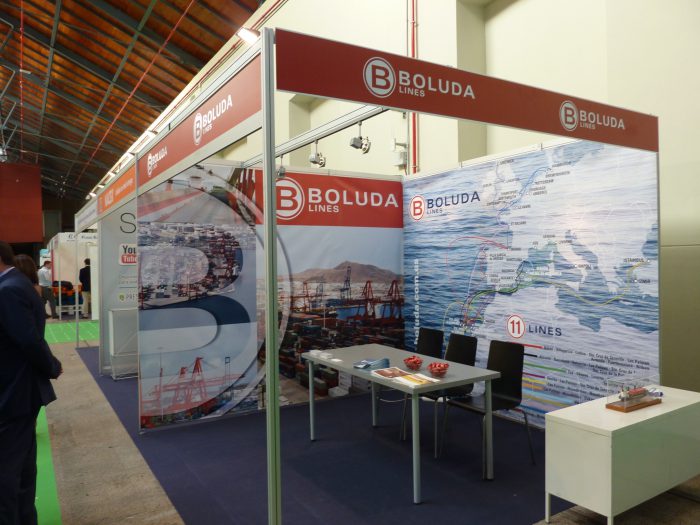