During the act the Aster Awards were delivered.

Vicente Boluda, president of Boluda Corporación Marítima, has sponsorted the act of graduation of the university promotion and Post degree 2013 of  Esic Bussiness & Marketing School.

During the act Aster Arwards were also delivered, prizes the school give yearly to companies and professionals of the Valenciana Community and, as novelty, the first edition of the Awards of Excellence, who recognize the academic and personal values of the students.

In his intervention, Vicente Boluda has enhanced that “the things start to get better but it still much work to do, specially to our rulers and we don’t have to fall in past errors”. He also point that “we must be able to go back to act according to our values” and“to strengthen the civil society”. Boluda urged the graduats saying that“it’s the moment of the braves, the tenacious, the enterprising”.

The act counted with the presence of the concilor of Education, Culture and Sport, Mª José Catalá, the general manager of Esic Bussiness & Marketing School, Simón Reyes Martínez Córdova.

The awarded of the Aster Awards were Enrique Rubio, of notbooks Rubio, for his professional trajectory. Prize Ascer 2013 for Luis Vicente Campos Asensi, general manager of Sermesa, for his enterprising spirit and his bet for excelence.

Congratulations to all and, in words of Vicente Bouda, “ we must know we can change the actual way if we believe, and above all, if we work to get a better future in a personal level as well as country”. 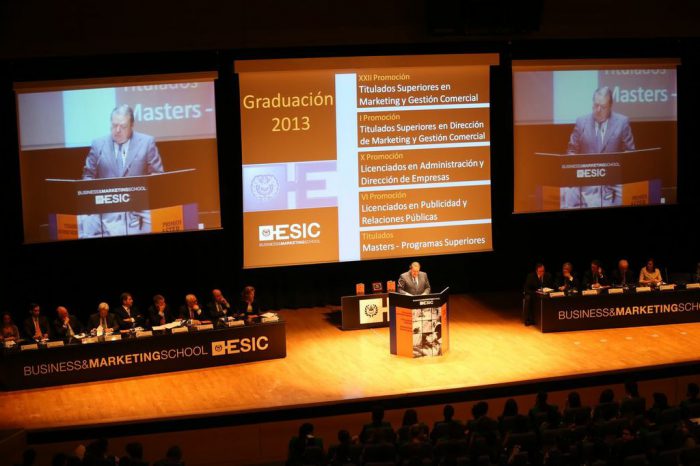