The president of Boluda Corporación Marítima Vicente Boluda, has made a institutional 3 days trip to the archipelago of Cape Verde.

In the capital, Praia, the Spanish delegation was received by the ambassador of Cape Verde, José Miguel Corvinos Lafuente and by the State secretary of Marine Resources, Adalberto Vieira.

Work meetings were also maintained with local agents and representatives of the ports of Praia, Mindelo, Sal and Boavista.

Actually, Boluda Lines offers a fortnight stop in the Port of Mindelo (San Vicente Island), with local connections to the islands of Sal and Boavista. Soon, once finished the works of the new berth line in the Port of Praia, it will be possible to serve road, containerized charge and project cargo, proceeding from Mediterranean Area (Italy and Spain), Canary Islands, Portugal, North of Europe, Brazil and USA.

All the lines offer the possibility of transport of dry and frozen charge with the 1500 Reefers High Cube 40 feet containers of last generation.

The meeting maintained has been fruitful for both parts, as Boluda Corporación Marítima, due to its experience and diversification, is able to give a global service which is demanded now in Cape Verde.

“Boluda has made of its relation with Africa and Cape Verde a priority in all the aspects, that’s why we won’t scrimp in efforts about the provision of services”,manifested Vicente Boluda. 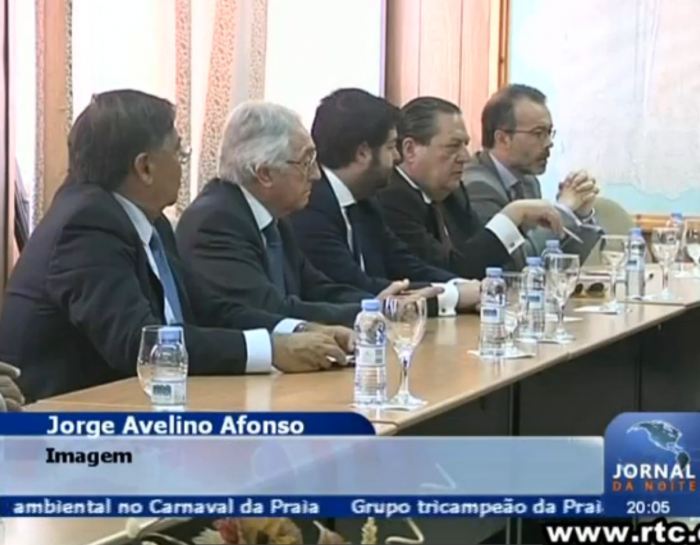