90% of the members assisted.

The Assembly has been closed with a lunch assisted by President of Generalitat.

Vicente Boluda, in his quality of President of the Valencian Association of Business men –AVE- acted as the guardian of the annual assembly that count with the assistance of 90% of its members.

AVE is a nonprofit association of volunteer character, with more than thirty years of age that bring together the most distinguished business men of the Valencian Community, representing the most significant areas of all its production.

The General Assembly of AVE, most important act of each exercise represent the analysis of the previous year and the planning strategy for the next one.

Vicente Boluda in his intervention, has thank the members for its participation and action during 2012, focusing the support given to him by the Directive Committee. He also have words of appreciation for EDEM and Pro-AVE.

Boluda manifested that the business men of AVE “work for the dignity of the figure of the business man, try to contribute to a better social and economic development of the Valencian Community and Spain and look forward to support our community”. He also highlighted that “the business men must communicate everything we do well and tolerance zero with bad practices and everything which means going over the norms”.

Vicente Boluda was optimistic, “the business men start to see the light at the end the tunnel” and “we don’t give a good note to our politics, in a national level as well as in the community area”.

The Assembly count with two conferences. Juan Roig, president of Mercadona told during its exposition “ I encourage the valencian business men to take the baton, because we won’t leave from the crisis alone. We will leave giving support to all these enterprisings who take a risk in creating productive enterprises”.

The next conference was in charge of Federico Michavila president of Torrecid, who defended to go on in the internationalization, “ it’s not to deal in selling outside, it’s then necessary to implant factories abroad to be more competitive”.

After doing a inquiry between its members, AVE was optimistic with its economic provisions, obviously better than in 2012, and less satisfied with the political situation.

Then, 60% of the companies consider that they will increase its staff, the 48% preview to do it between the 1 and 10%. The 80% of the members of AVE preview to increase their invoicing and have manifested in favor to eliminate the subventions.

The assembly was closed with a lunch that count with the assistance of Alberto Fabra, President of Generalitat, the Mayor, Rita Barberá, the Delegate of the Government in the Valencian Community, Paula Sanchez de Leon and the Councilors of Industry and Infrastructure, Maximo Buch and Isabel Bonig. 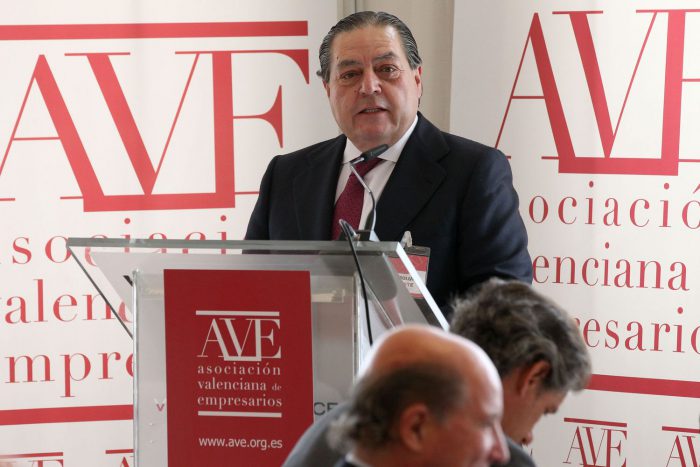