Boluda Towage and Salvage took part in the operation of transfer of 5 concrete drawers of 10.000 tons from Algeciras to Brazil

They will serve for the construction of Açu’s Port (Brazil).

Boluda Towage and Salvage, port and offshore towage division of Boluda Corporación Marítima,  has  participated in the towage operation of 5 concrete drawers of 3.722 m3 and 10 000 tons of weight. The pieces measure 45 meters long, 24 meters large and 18 of prop and will serve as base for the new port infrastructure of the Açu’s Port (Brasil)

The operation has consisted in extracting the drawers from the South wharf of Campamento and put them over the deck of a semi-waterproof boat tied up in the free-standing dock of the Isla Verde Exterior.

“The drawer is put in the center of the deck and, after, the transport fast it and take it to the prow. Once the 5 drawers placed, it will emerge and stay in dry”,manifested the head of work Francisco Varó.

The tugs Sertosa Eighteen and Sertosa Twenty-Seven, from the fleet of Boluda Towage and Salvage. have been in charge to make the maneuvers. This operation of charge of the structures needs regarding FCC, “High precision”, due to the dimensions of the blocks.

Boluda Towage and Salvage has a big experience in this kind of operations, having given also assistance to oil platforms and works of exploitations in several ports, deliveries, transport of barges, anchor and tow of floating docks, being able to operate everywhere in the world. 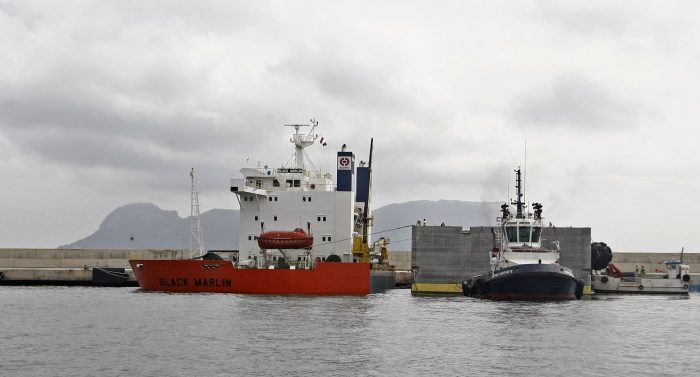