La Terminal la Luz administers the logistic of the tubes of oil borehole of the Port Said in Egypt.

La Terminal La Luz, division in charge of the administration of the harbor terminals of Boluda Corporación Marítima, has subscribe a contract with the enterprise J.M. Arocha to receive, stock and later charge 97 tubes of canalization of the borehole of Port Said in Egypt.

The tubes that have been unloaded in the Terminal by a oil platform will be subjected to thorough proves of suitability by specialized workshops.

After that, they will be sent in different groups to Egypt for their installation in the borehole.

The maneuver will be complex due to the big dimensions of the tubes that have a weight of 19 tons, measure 24 meters long and have a diameter of 1, 3 meter. With this operation the Terminal give one more step to its specialization in operations that demand a high degree of efficiency and knowledge.

La Terminal La Luz has preview for this exercise a movement of 400000 teus and nearly 600000 tons of usual handle merchandises. 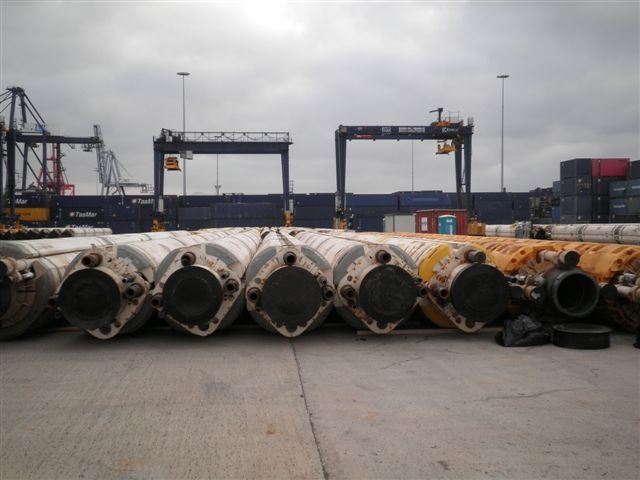