Open by the President of the Republic of Portugal, it has took place recently in Portugal the XVII Edition of the International Trade Fair of Food and Drink in Lisbon where Boluda Lines the transport division of Boluda Corporación Marítima, had a stand together with its agent in Portugal Navex.

This trade faire exclusively for professionals, has get together the biggest importers of food and the biggest companies of distribution

The presence of Boluda Lines in the trade fair has allowed establishing new agreements and consolidating the existing ones thanks to its specialization in the transport of perishable merchandises as vegetables, fruits, fishes, through its more than 1200 frozen containers.  During the fair, the minister of environment, ichthiological resources, and renewable energies Mrs. Assunçao Cristas visited the stand of Boluda. 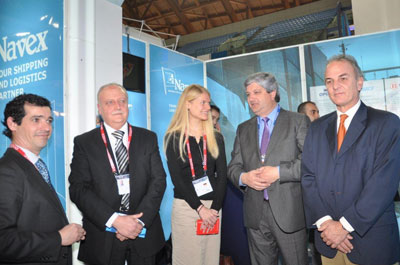