The economic revue Ejecutivos has celebrated the first edition of the Awards Ejecutivos in the Region of Valencia that has recognized the profesional work of Vicente Boluda, of whom it has been said: “Vicente Boluda represent the third generation of a ship family who has made with the sea its way of life. Ship-owner and proprietor of the biggest fleet of Europe, he holds the presidency of Boluda Corporación Marítima Company established by his grandfather in 1920 and that is nowadays one of the main leader companies in maritime global services. For his worthy and outstanding work in front of a laborious family saga and his fertile life as a business man. “

They have also been awarded, between others, Federico Michavila, The Port authority of Valencia, Baleria, the Ciudad de las Artes y las Ciencias and EDEM Business School. 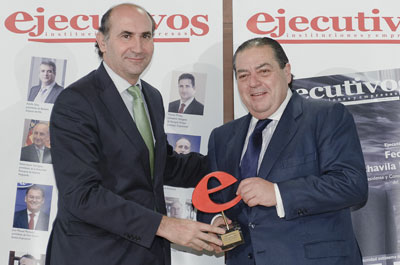