This decoration, to be presented by French ex-president Sarkozy in Paris on 16 June, is in recognition of the Boluda Corporación Marítima CEO’s professional career as a model of business in the international arena

Boluda Corporación Marítima CEO Vicente Boluda Fos will receive the Knight of the Legion of Honour medal in Paris on June 16, in recognition of outstanding services rendered to France by the Valencian businessman, a distinction which will be awarded by former president of France Nicolas Sarkozy.

This award demonstrates Vicente Boluda Fos’s commitment to the neighbouring country, in which Boluda France, a subsidiary of Boluda Towage’s international towing division, plays a crucial role in the safety and operability of French waters and ports. Boluda France was created in 2007 after the purchase of the French company Les Abeilles, whose activity dates back to 1864.

“It is with great pride that I accept this award from the French Republic: I cannot begin to express my gratitude towards the country. As recognition of a job well done over all these years, to be among the Spaniards who have received this distinction is a true honour”, declared Vicente Boluda Fos.

Boluda Towage, also chaired by Vicente Boluda Fos, is along with the international transport and logistics division Boluda Shipping one of two strategic divisions of Boluda Corporación Marítima, which also has two smaller divisions: Boluda Port Services (providing services such as mooring, supply and boat transportation of material and personnel to ships) and VB Comisarios de Averías (which offers expertise in maritime accidents).

Boluda Towage has a fleet of around 360 tugboats, operates in 100 ports in 19 countries, has a workforce of over 6,000 and possesses unparalleled experience in port services as the second leading company worldwide in the tug sector, owing to its good business practices, in which the French arm of the company has played a key role. 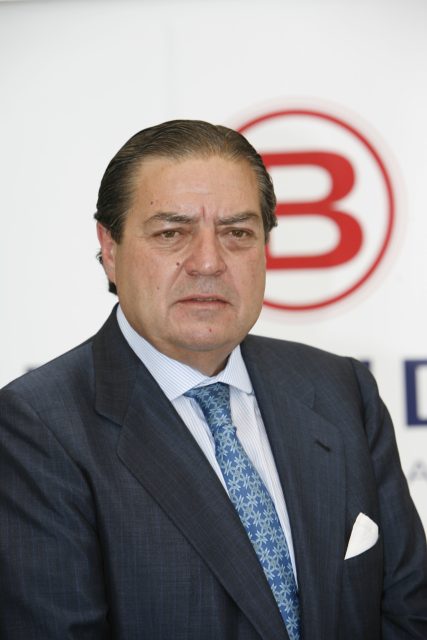