Rotterdam, February 23, 2022.- The tug BREMEN FIGHTER, from the Boluda Towage fleet, has passed all administrative procedures and inspections to officially operate, as of February 21, its maritime salvage activity under the German flag.

From now on, the BREMEN FIGHTER is already displaying the official colors of the German Coast Guard, committed to protecting maritime safety in the eastern Baltic Sea, under the command of the German Federal Waterways Authorities.

The BREMEN FIGHTER, an offshore tug, is the most powerful tug in the Boluda Towage fleet.

At an earlier stage, the German Federal Waterways and Shipping Administration (WSV) awarded the tug BREMEN FIGHTER the public contract for salvage services in the Baltic Sea. This contract formally commenced on February 21, 2022.

Throughout 2021, the tug was based in the port of Sassnitz on the island of Rügen and conducted maritime salvage operations under the command of the German Federal Waterways Authorities on an interim contract basis.

The president of Boluda Corporación Marítima, Vicente Boluda Fos, expressed his satisfaction with this information “which highlights the strength of a world leading company in maritime services and the safety we offer in the sector, with a fleet of nearly 360 tugboats operating internationally”.

Boris Szczesik, managing director in Germany of Boluda Towage, said: “We are delighted that our flagship BREMEN FIGHTER, based in the port of Hamburg and with an experienced crew, is available for this important contract with the German Federal Waterways Authorities and the Central Command for Maritime Emergencies in the Baltic Sea”. 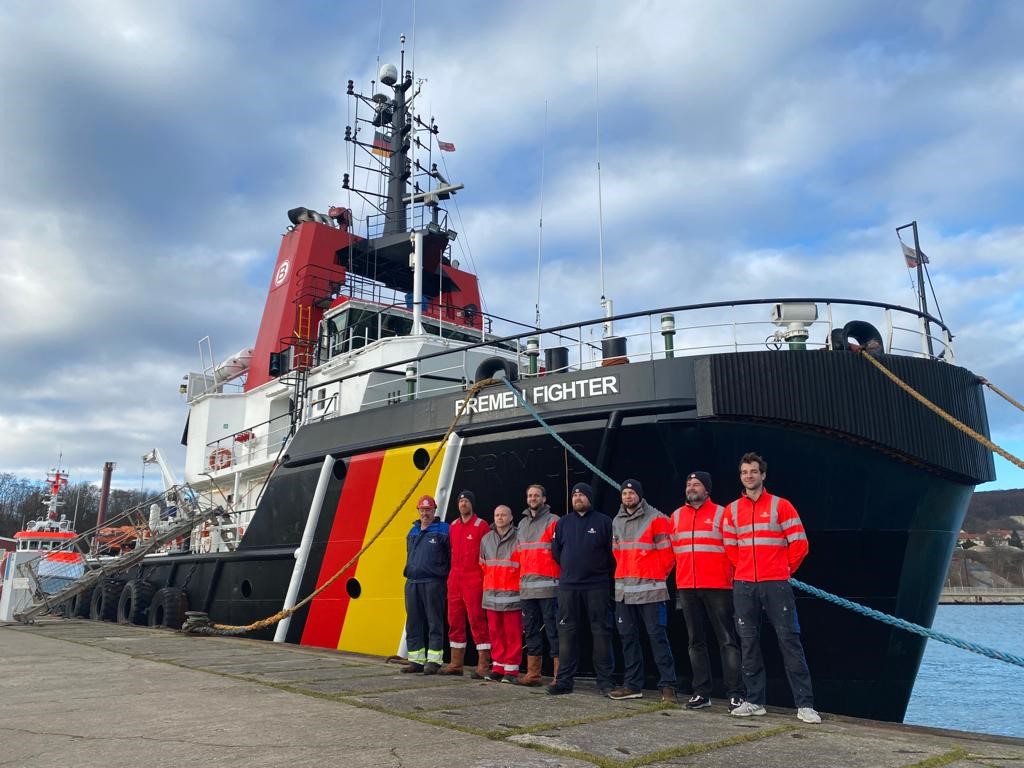 The crew of the BREMEN FIGHTER formed up alongside the ship.
FacebookTwitterLinkedInWhatsAppPinterestEmail