The event takes place from 13 to 16 November in Mindelo, located on the island of Sao Vicente

Boluda Lines, the shipping subsidiary of Boluda Shipping division, will attend Feira Internacional de Cabo Verde (FIC) with its own stand for the second consecutive time. The good results obtained since opening a freight shipping line with the Canary Islands in October 2017 have consolidated commercial presence in the republic off the west coast of Africa. The 23rd exhibition will take place in Mindelo on the island of Sao Vicente, from 13 to 16 November 2019, with the motto “Cape Verde, a circulation economy in the Mid-Atlantic.”

Boluda Lines is attending the Feira Internacional of Cape Verde to further Boluda Shipping’s commitment to expand commercial contacts with this Atlantic country, since opening a commercial line two years ago with a fortnightly service between Las Palmas de Gran Canaria and the ports of Palmeira, Sal Rei, Praia and Mindelo on the Republic of Cape Verde islands. Today this line offers a weekly service connecting Las Palmas with Sal, Boavista, Mindelo and Praia and ending the route on alternate weeks with either the capital of Senegal, Dakar, or with Bissau, the capital of Guinea Bissau. This commercial line situates Boluda Lines as a leader in reefer shipping of perishable and refrigerated produce.

Boluda Lines has been able to strengthen its position in Cape Verde because of market awareness that the company is a permanent fixture. In fact, this direct weekly line between the Canary Islands and these islands has been supplying a wide variety of Spanish fruit and vegetables to the local population and Spanish hotel chains, especially in Sal and Boavista, for the last two years, providing the sector with logistics solutions such as reduced transit times and regular shipments in 40 ft. reefers.

For further consolidation Boluda Shipping has developed its own structure on all the islands, with offices in Praia, Mindelo, Boa Vista and Sal via Boluda Corporación Marítima’s shipping agency, Miller and Cía.-Cabo Verde.

Boluda Corporación Marítima’s comprehensive transport and international logistics management division will showcase its investment in the Iberian Peninsula-Canary Islands connection at stands 101, 102 and 103 of the FIC Facilities, located in the FIC Laginha Pavilion in Mindelo. The company is also committed to new commercial markets such as Cape Verde, in line with its commercial strategy to expand and internationalize the service. With 14 lines, besides the Canary archipelago the maritime routes link the Iberian Peninsula with Cape Verde, the Balearic Islands, northern Europe and the west coast of Africa, as well as the Paraná-Paraguay Waterway Line in Latin America.

One factor contributing to success of this freight shipping service is the capacity to provide excellent maritime services due to the wide availability of equipment they possess as specialists in reefers containers.

This year the exhibition will have a total of 174 stands, with participants from countries such as China, Portugal, Spain, Brazil, Germany, Italy and Senegal, demonstrating a growing interest in this fair as a privileged market for Cape Verde’s development in domestic and international markets. 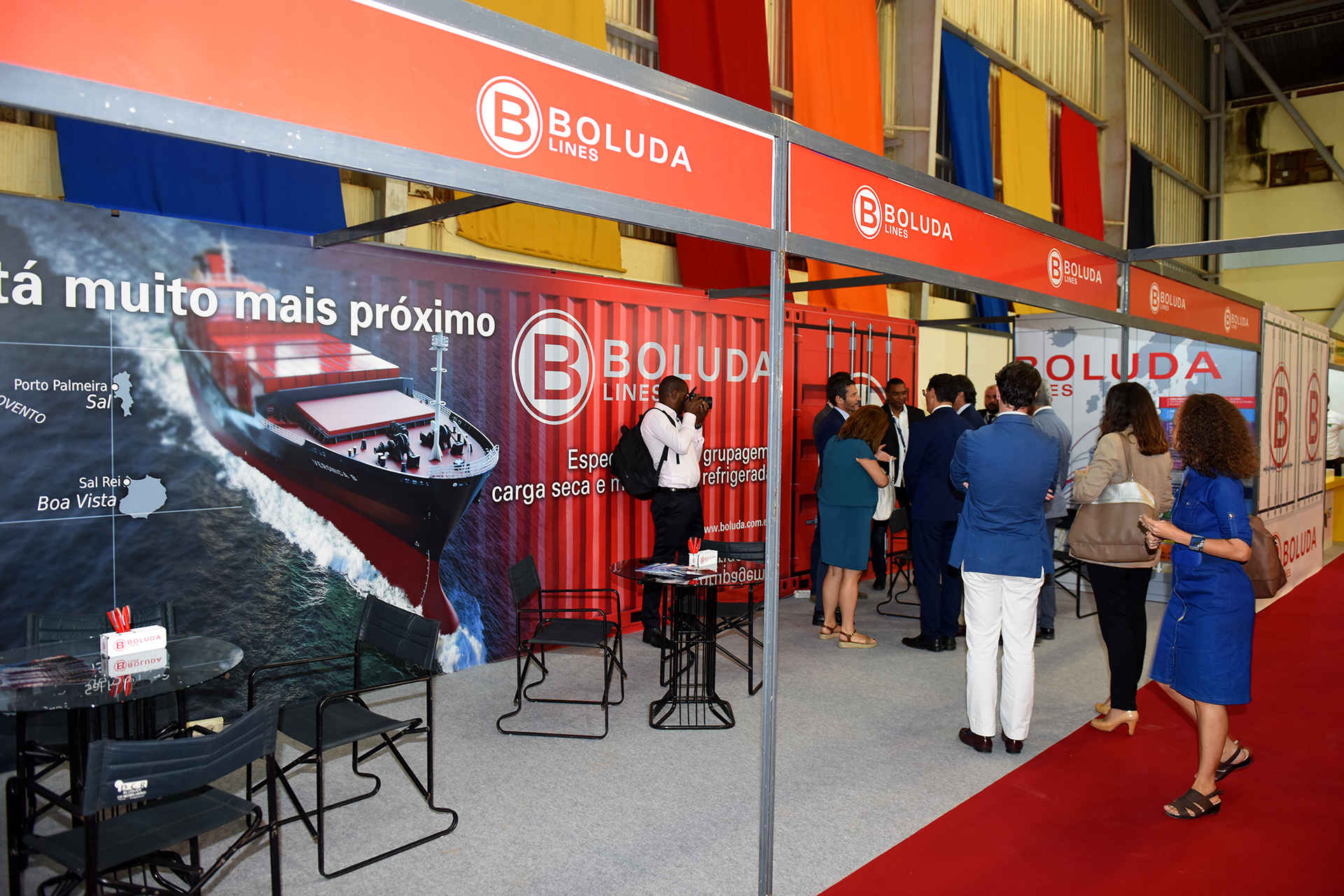