It takes part of the “Names who wrote the History”

Vicente Boluda Marí, founder of Boluda Corporación Marítima, has been honoured during the acts organised by the newspaper “Las Provincias” on the occasion of the celebration of the 150 aniversary.

Surrounded by other famous people of Valencia, from Boluda Mari it stands out his interprising spirit, well with just 16 years old he dedicated the amount of a familiar heritage for the purchase of a steam tugboat with another associate. Aged 20 years old he was already the owner of all the tug fleet in the port of Valencia.

His grandson and current president, Vicente Boluda Fos, praised the portrait of his grand-father while he rememorates pictures of his childhood” I see the picture of my grand-father and I remember since I was a child that we were playing between the boats in the port. “

Vicente Boluda Fos is proud that his grand-father is in the exhibition organised by the newspaper Las Provincias, that has reunited the 150 most important people. “It’s a pity that he can´t be there to see it”, added Boluda.

This serves as an hommage to Vicente Boluda Mari, who made of life an exemple of work, quality and ethic. 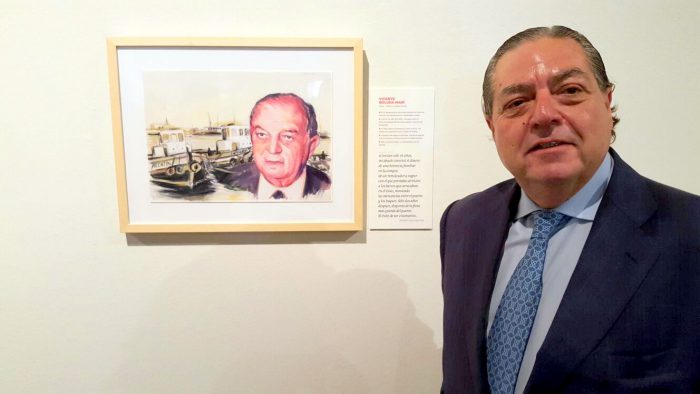