In August 2004 the boat Luz B tied up for the first time in the port of Nouadhibou.

The 14 of august 2004 the vessel Luz B made its entrance for the first time in the port of Nouadhibou. The bet of Boluda lines for West Africa was reinforced with the incorporation of Mauritania in its regular lines.

a lot of water has flowed under the bridge since this first trip, when in the last moment it was shown that the day planed was Friday 13th, that’s why the captain Hector Valdés asked the maneuvers for 0h01 of Saturday 14th. Many anecdotes come to the mind of the professionals who had made possible the consolidation of this line, where 8 boats have rotate and more than 450 stops were done.

The Luz B was a container vessel of 101,5 long, 16,7 large and a capacity of 155 teus, since then new and more capable boats have been added to this route, given a big coverage  to this atlantic area, offering 600 teus per week and 1200 lineal metres. Now two new boats with the most modern means give a regular service of high quality.

The stop in Mauritania complemented the regular line with West AFrica, who already had the port of Agadir ( Marruecos) since the year 2000, in 2006 was added the port of Dakar ( Senegal) and Cape Vert in 2012.

The new construction of the dock to the unload of road cargo of the port of Nouakchott and the incorporation to the stop of a Ro-Ro unity, has supposed a big improvement in the destinations of South Mauritania, its hinterland of Mali-Nigeria and for the rest of the inland countries of Africa via Mauritania and also Senegal.

Nowadays Boluda lines realized monthly 2/3 stops in the ports of the West African Coast, from its port hub of Las Palmas and the rest of the Canary Island, who connect with the rest of Spain, Italy, Portugal, North of Europe, Middle and East Mediterranean, South America and Cape Verde.

Boluda lines has 10 container vessels who cover 11 commercial lines where they offer 1500 freezer reefer High cube Containers of 40’ of last generation, included a specific service of Project Cargo or transport of special charges. Give services of port logistic through its 4 maritime terminals and services of consignation and go along thanks to its more than 60 offices.

Today Boluda lines is in luck and wants to recognize the sacrifice of all the professionals and the trust of the customers who made possible this wonderful idea. 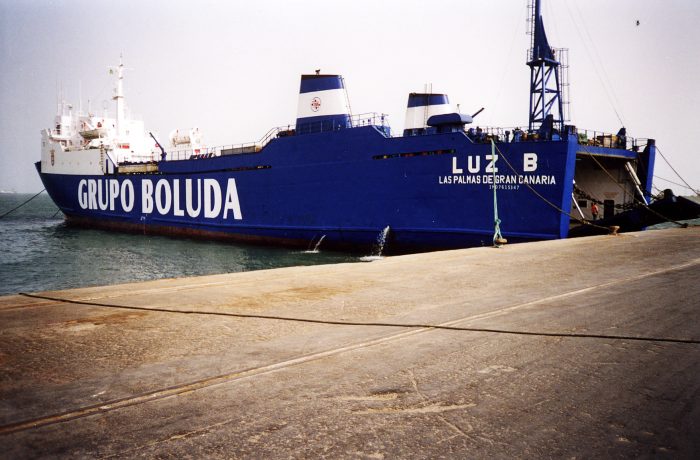