Opening Trip of the container vessel Asuncion B

The Asunción B, boat with paraguayan flag, will be allocated to this line that goes by the water way Paraguay-Paraná, that is one of the biggest fluvial navegable systems of the planet and it had been converted in an important factor of human and economic cohesion of the south American countries that form it.

The Asunción B as a lenght of 104 metres,  20.40 m. large and a draught really low that converted it in the most versatile boat of those who operate in the area. It has a capacity for 450 teus, from which 70 of them can be frozen containers. 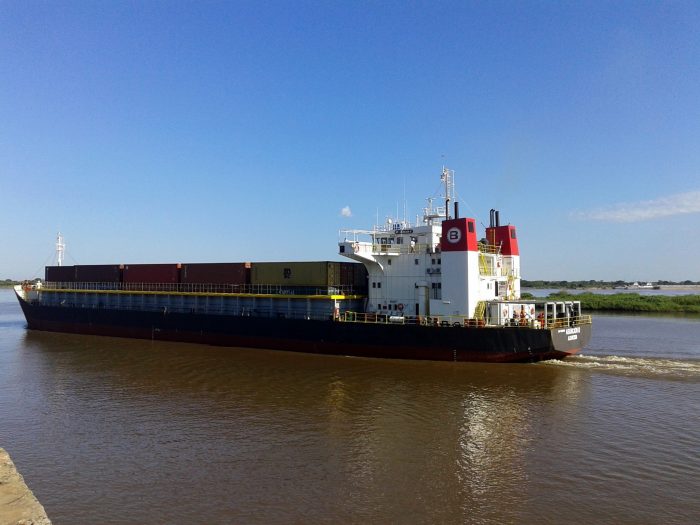