The “VB Sevilla”, the “VB Vicenta C” and the “Sertosa Diecisiete” refloated the cargo “Citadel” of its strand.

Sevilla – Three tugboats of Boluda Towage and Salvage fleet refloated on Sunday early morning, the cargo “Citadel” who was stranded in the Guadalquivir.

The tugboats “VB Sevilla” and “VB Vicenta C”, both from Sevilla and the “Sertosa Seventeen” coming from Huelva, despite bad weather conditions, managed to refloat the “Citadel” charged with 5300 tons of fertilizers

The cargo “Citadel” stranded Sunday, the 12th, on a bed of mud of the Guadalquivir River, at the height of the city of Trebujena. After several tries to refloat it, finally at 5h30 am the same Sunday, it was liberated.

Boluda Towage and Salvage is specialized in this kind of actions, and has participated in many operations in Spanish and international waters in port as well as in high sea. 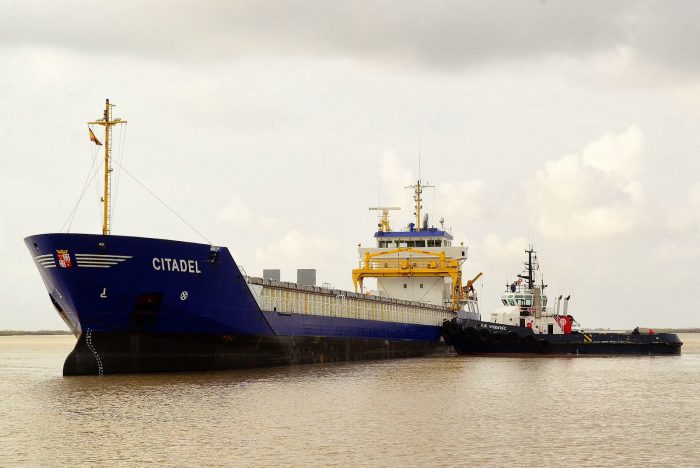